Yesterday, I had the opportunity to see the Clare College Choir from Cambridge sing in the most unusual setting- the Bradbury Building in Downtown Los Angeles. You can read more about the history of the Bradbury here but to hear the remarkable acoustics in this 124 year old Italian Renaissance revival atrium/cathedral is something it didn’t even know it needed. 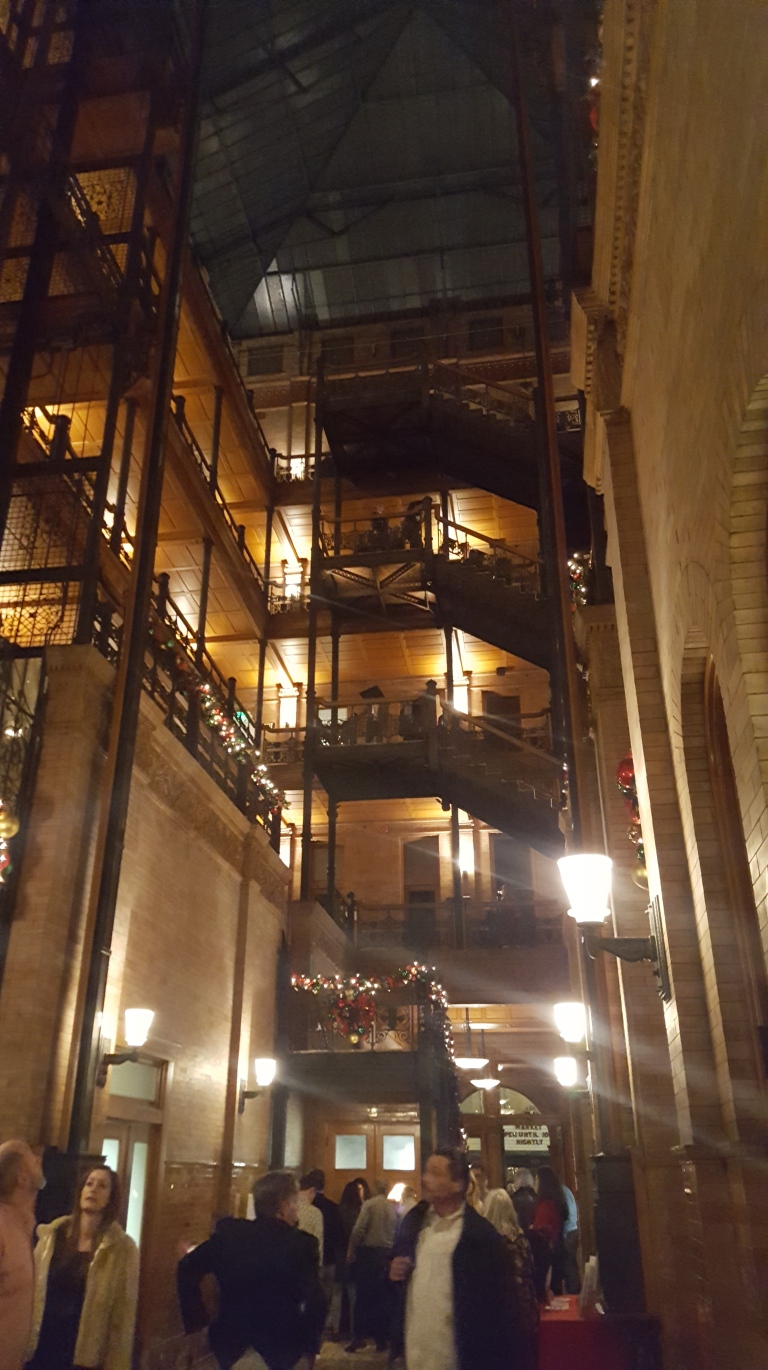 The choir itself was composed of about 30 college kids with varying majors (listed in the program) who moved around the entire space so you could hear everything from anywhere. There really was not a bad seat in the house. For one hymn, they would all be arranged on the staircase, for others, they were placed around the varying floors so you were immersed in surround-sound.

If you were raised in the Episcopal church or English Choral Tradition you would have recognized many of the hymns (Hail, gladdening light, A Hymn to the Virgin, Vigilate) plus classics such as Silent Night, O Come All Ye Faithful and Away in the Manger. They even a cheeky choral version of Santa Baby (!) and finished out the night with a rousing Twelve Days of Christmas. 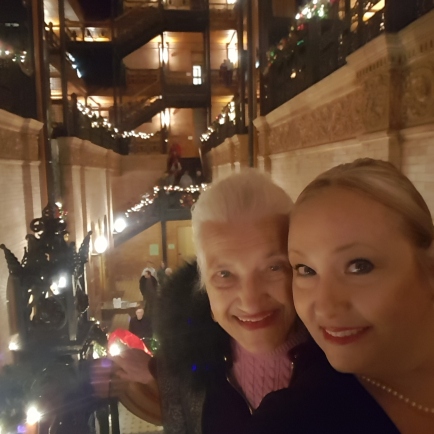 My favorite choral composition of the night was one I had never heard before. Written by Los Angeles local Eric Whitacre, Lux Aurumque (meaning light and gold), brought streaming tears to my eyes.

Light,
warm and heavy as pure gold
and angels sing softly
to the new-born babe.

Apparently this track had gone viral back in 2011 on Youtube but I seemed to have missed out on the fun. Just imagine these trained British voices singing this angelic piece of music in this hallowed hall.

I was so moved by this piece that I had to find out more about its composer Eric Whitacre. Apparently he wanted to a rock star, specifically a pop star until he ended up joining a choir. Singing Requiem by Mozart can certainly change your life. It changed his! The reason he joined the choir in the first place? A free trip to Mexico and a soprano section filled with hot babes! Ha! You can hear more here:

This is the third year of this Christmas performance in the Bradbury and I will most definitely be going next year. I’m so glad Mom raised me on music and that we can share evenings like this together. The event was produced by the DaCamera Society and they have a roster of new programs slated for the new year, including Rhiannon Giddens at the First AME Zion Church in March. Check it out!