On December 28, Stefani, John, Blake, 11-year old Charlotte and I hopped on the London-to-Edinburgh train from King’s Cross station for a quick 2 hour train ride to York. I was excited because, for as many times as I’ve been to London, I had never ventured to York. Of course, my interest peaked with many viewings of Downton Abbey (Yorkshire) and just that week the Vikings in “Vikings” on History Channel had raided York and were having bloody battles within the famed walls of Jorvik, formerly known as the Roman stronghold Eboracum or the Anglo-Saxon Eoforwic. 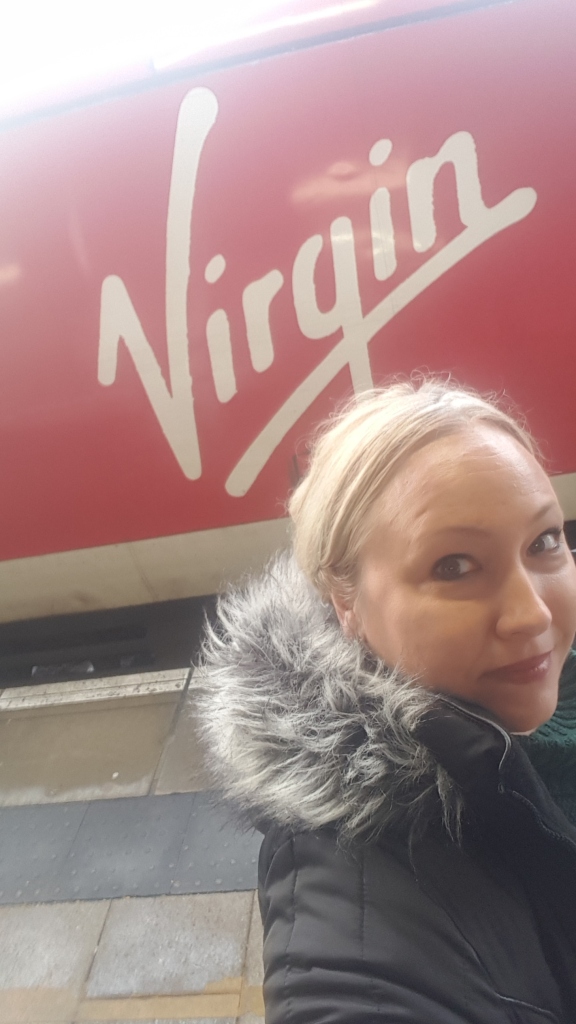 So about 45 minutes into the train ride we feel a distinct and heavy thud and dirt, rocks and debris come flying up along side the windows. The train start to slow down and then finally comes to a complete stop.  I turned to Stefani and said “well at least it wasn’t bone”- thinking it could be some small farm animal- but mostly thinking it was just grass, trees, shrubs or some other mess on the tracks. After about 15 minutes, in a very British fashion, the conductor states over the loudspeaker:

“Sorry for the delay, ladies and gentlemen. It seems, in fact, that what we struck on the tracks was a person- coffee and tea will be served to you shortly. Again, apologies for the delay”.

WHAT?! A PERSON?! Stefani gasped, the woman across from me hung her head in sorrow, the woman to the left of me crossed herself in reverent solemnity to the person who threw themselves under the train to their certain death. There was no slowing down or screeching halt which means the person had likely hidden themselves on the tracks, under the very rock, dirt and debris that had flown up on our windows. No one likely jumped in front of the train- but the conductor wouldn’t have been able to stop anyway. We waited there on the tracks for some 2-3 hours while police + investigators arrived at the scene. The driver had to be relieved and then we were finally on our way. We were about 10 minutes out from the Peterborough station when the conductor came over the PA saying we’d have to switch trains as the damage from impact had now rendered this train inoperable. How tragic.

We waited at Peterborough for the next train then finally scrambled on to a packed train that was filled with people that were already seated. We just had to get on the train and find a spot wherever. Blake sat next to a man in one seat, Stefani was in front of her sitting with someone else, John stood in the space between cars, I stood over Charlotte as she was trying to get her phone gaming system up & running. “Candy Crush” comes in handy post-tragedy. I walk back over to Blake at one point and she tells me the man seated next to her is a drummer. “Oh yeah? What kind of music?”, I ask. He said “Mostly rock. I’m in a band called ‘Big Country'”. “Big Country as in THEE BIG COUNTRY? In a big country, dreams stay with you…?” “Yeah, that’s the one! I’m on my way to Edinburgh for a gig.” Turns out Blake was sitting next to Mark Brzezicki, drummer for  The Cult, Procol Harum, Thunderclap Newman, Ultravox, Pete Townsend, Roger Daltrey, The Jam, The Pretenders, Howard Jones, Nik Kershaw, Joan Armatrading + many, many more. He was just excited that I knew who Procol Harum was, stating that most people nowadays think it’s a division of ISIS. Ha. That made me chuckle. Mark had been on the previous train with us and that led to a brief conversation about Stuart Adamson’s suicide. 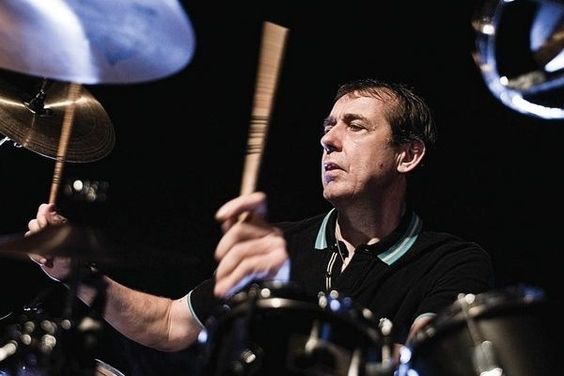 Mark now spends half of his year in Nashville as a session player and the other touring in the UK. He was getting married at city hall the following week. He made the next hour fly by as we were just rattling on and on about music, musicians, mutual friends + Nashville. It got me to to thinking about the movie “Sliding Doors”. Was I supposed to meet this man on this train? What if he & Blake never said two words. What if you knew nothing of his music- or, moreover, didn’t care? Was the person supposed to die that day on the track to alter people’s timing, decisions and their life’s trajectory? Was it just fate? Coincidence? Random happenstance? He mentioned working a lot with super-producer Chas Sanford (Missing You). Today, in a facebook post I see my friend Amilia K Spicer posing with Chas for a photo at the 30A Songwriters Fest. HOW SMALL IS THIS WORLD? We exchanged numbers and I know I’ll be seeing Mark in Nashville soon. Hopefully working together. What a weird trip.

We finally end up in York at the Viking Museum with one hour til closing. We get in “doombuggy” type ride that takes us back in time, and seats me behind the hot Swede who told me he’d like to teach me Swedish- something other than the word “Kattegat”. Ha! We end up in the gift store and I get my little Lewis Chessmen- the King & Queen, natch.

Now at this time everything was closed or closing so we walked around The Shambles and took exterior pix of York Minster. After that we stumbled to the last remnant of the York Christmas market- which frankly should stay up year-round:  THE POP UP VIKING TIPI BAR! (I tell you, I always find my people!) 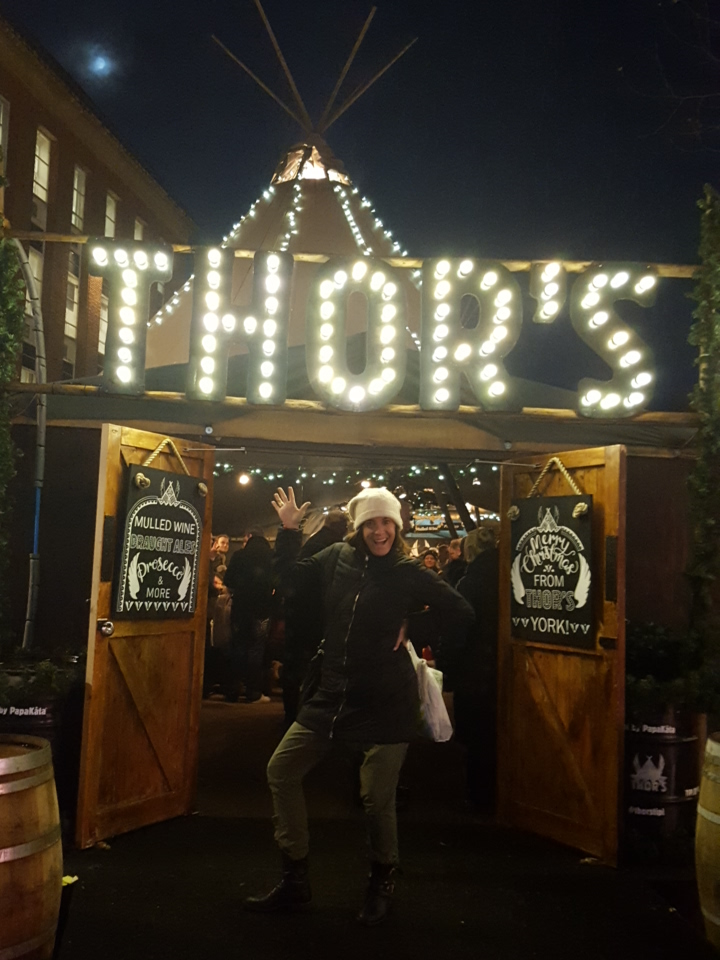 Mulled wine, mulled cider, hot chocolate and a fire pit inside the tipi as MEATLOAF was being blast throughout the (val)hall(a)? YES, PLEASE! After this day, we needed this drink, we needed these people, we need this firepit, we needed the long haired beardy dudes working the bar and it was the perfect ending to a very weird, long day.